Established in 1886, Comstock Heritage, claims the honor of America’s Oldest Western Silversmiths. It began as a silver ornament maker in San Francisco under the name J.C. Irvine Company before being bought by Christian Stegman in the 1920s. Stegman specialized in ornamental silverwork for saddles. Christian’s three sons inherited the business in the 1960s and made various silver items such as police and fire department badges. Howard Stegman moved his business to its current location in Carson City, Nevada in 1971 and re-christened it Comstock Silversmiths, after Nevada’s famous Comstock Lode silver mine.

James Christian Stegman may have been born into a family of silversmiths, but he did not consider himself born into the work. As a young man James worked in the shop after school, but a life in the trade was never his or his family’s plan for himself.

Nonetheless, after college James found himself coming home and joining the family business once again. He describes his return to the Comstock Silversmiths shop with deadpan humor: he needed work, so he more or less forced his way in the door. Within a year of his returning, he was traveling to trade shows.

Branching into specialty production was a gradual process—it was another ten years before James officially re-launched Comstock Heritage—but he nods to the experience of these trade shows as a spark for his interest in specialty items. He recalls the personal aspect of luxury production: the joy and satisfaction of seeing a client’s happiness when their wish is realized.

Maybe the strongest influence on James’ decision to focus solely on specialty production, however, was the freedom it affords. Freedom to make his own business, freedom to develop relationships with customers, freedom to explore artistic interests. Larger scale production, with its demands for uniformity and repetition, was too monotonous and constricting. 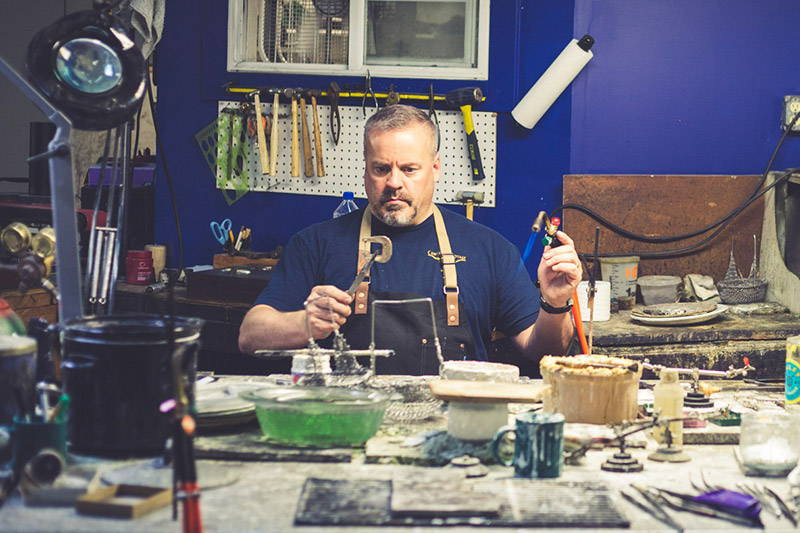 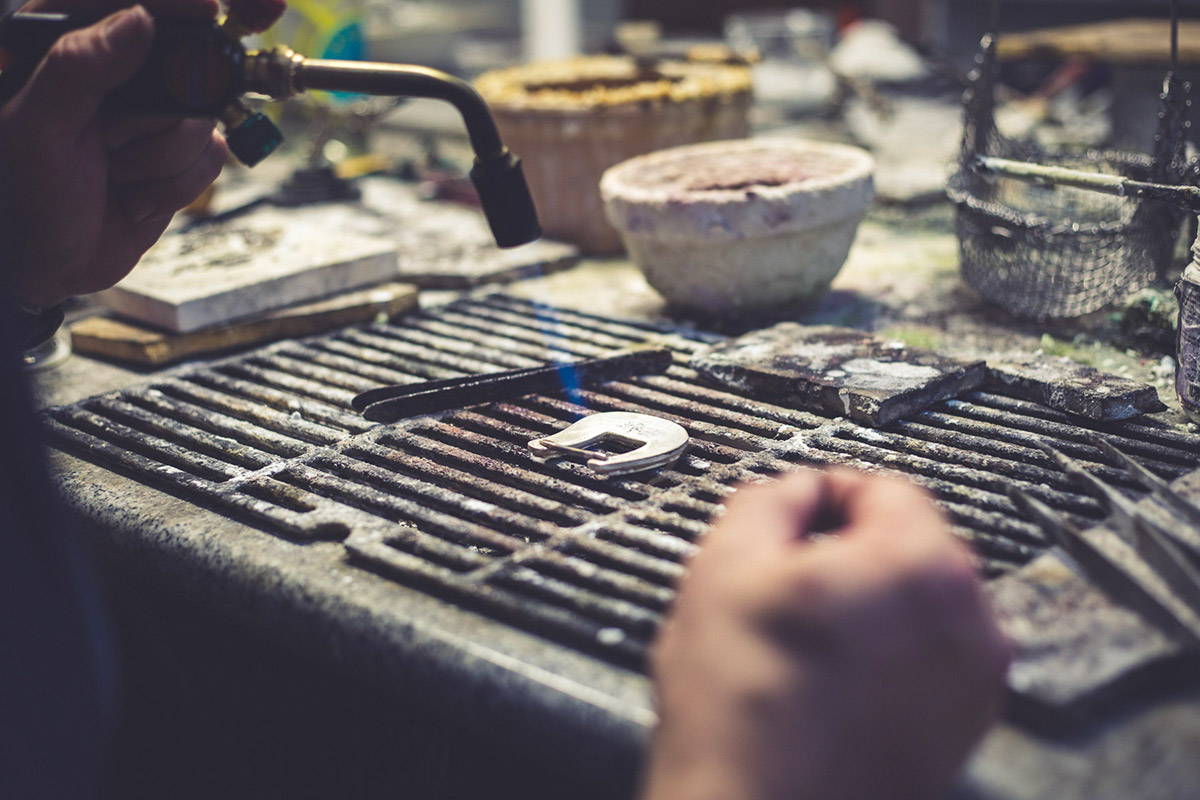 This was the catalyst for re-launching Comstock Heritage. After three years working for Comstock Silversmiths, James left with the family’s blessing to dedicate himself to craft production. He inherited a warehouse of specialized tools and machines, handmade and passed down from his grandfather, which no one knew how to use. James describes himself as not being mechanically minded by nature, but he ultimately taught himself how to use all of this equipment—if this seems like a strange contradiction, you don’t know the half of James’ self-deprecating humility.

However he did it, the truth is that James made himself into a craftsman, and he did so using the tools his grandfather handmade nearly a century ago. Where others may see a symbolic connection to the Stegman heritage of smithing, James sees a matter of practicality—they were tools waiting to be used.

Perhaps this mindset is the common thread between the three generations of Stegman silversmiths: they have the minds of makers. Self-made men, whatever they do, they make it their own. James may have been born into a family of craftsmen, but he understood that this did not make him one. It is something earned, something that can only be made, never given. This is the heritage of the Stegman family, and of the Comstock Heritage collection.